Welcome to The Amphibious Warfare blog, the place for you who can't decide whether you prefer mud to salty seas or vice versa. Here you'll find books, films, model kits and a few other things that are related to the world of amphibious warfare, many times from a modellers point of view. Do not hesitate to comment or give me a hint if you miss something here. Please do not expect this blog to get updated every day.
/Stellan 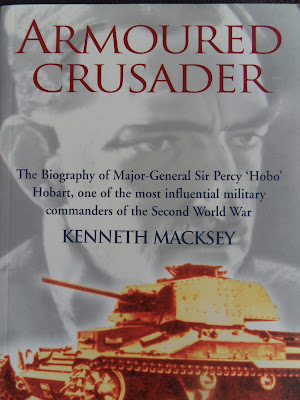 A biography? Yup. Any machines? Yes, a bit. If you ever heard of Hobarts Funnies and hoped for it to be a travelling burlesque show or so may have your dreams shattered. This is the biography on the man who created and commanded the armoured division breaking through walls and bunkers using Churchill AVREs, bobbing ashore in Sherman DDs, chain-wipping the beaches in order to clear them from mines etc. Major General Sir Percy Hobart took charge and developed the machines that the allied forces used to breach the Atlantic wall and made it possible to push on, cross the Rhine and ultimately crush Nazi Germany. As this is a biography the dedicated amph head might get a bit disappointed as there are not enough photos or stories on the specific machines we all like. Still, Hobart was a very important individual during the WW2 and this is the story about his experiences and visions. This guy was bloody important for the final victory, I'd say.

Recommended.
Posted by Stellan at 08:00 No comments: 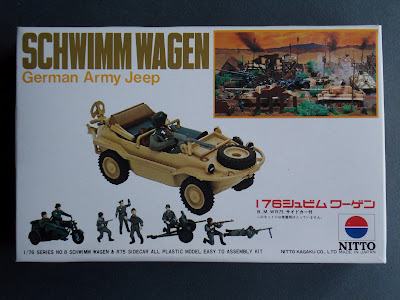 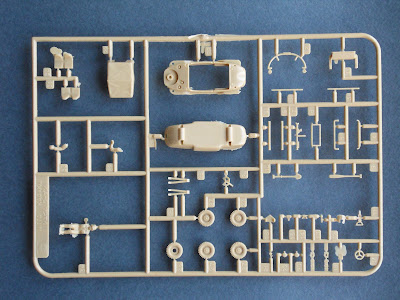 Some 40 parts makes up the little Schwimmwagen and driver figure. 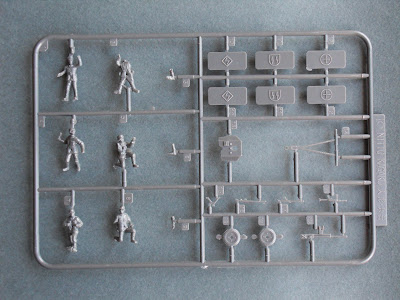 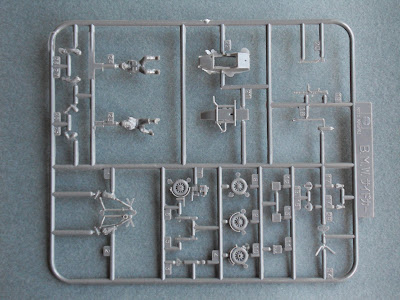 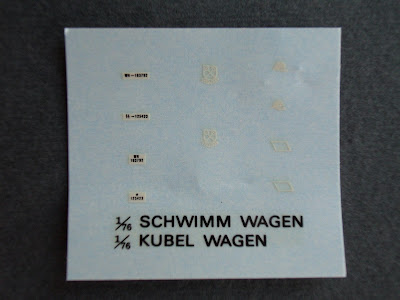 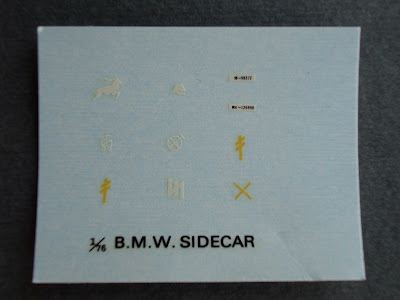 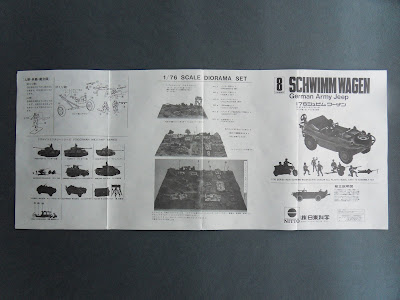 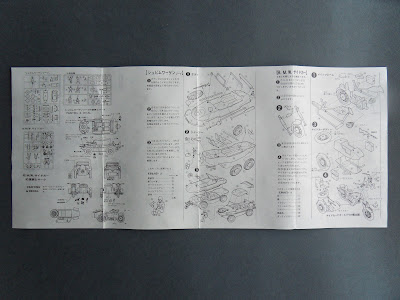 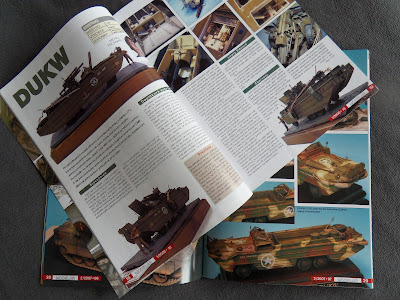 Went to the Modely shop at Pstrossova street and came out with a couple of old Modelar magazines. Just like in last Prague posting this is in the sign of the DUKW truck. 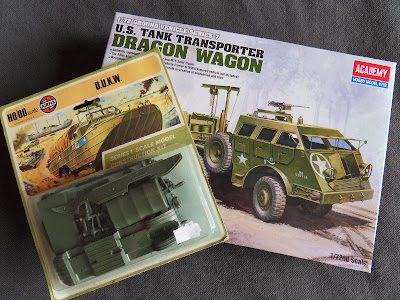 I also found a nice Airfix DUKW in a blister package, a new for me. A couple of blocks away there is the MPM shop. They had a Dragon Wagon in 1/72. Those of you knowing the connection of DW and amphibious warfare know what to expect later from me.
Posted by Stellan at 08:00 No comments: 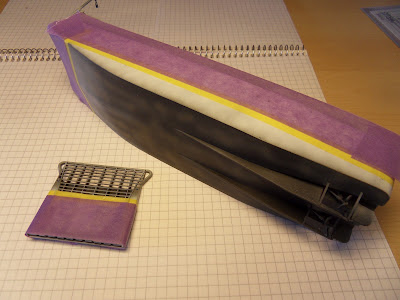 This LCM project is taking so much longer time than anticipated. Just can't find the time so finish it but slowly I'm getting there no matter what. Since last time I have painted the decks dark grey. Gave up the idea to air brush it as there are too many small ribs and things sticking out everywhere and it is a tough job to mask it all. So, what do you do? You go old school and pick up the small paint brushes and spend an hour doing it like all painting used to be done way back. Mask the bottom hull and front ramp I did however and this time it was air brush time! 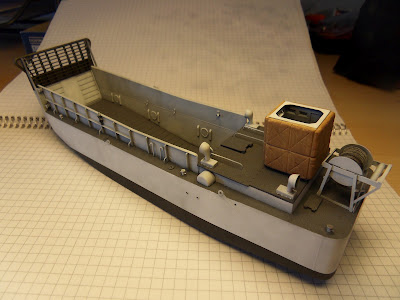 After a bit of Vallejo black grey and true black I ripped the masking off and this is the result. Here you can also see the wheel house padding painted a bit. Next job will be to mask and paint the bow markings. Starting to see a finish line way over there...
Posted by Stellan at 12:54 No comments: 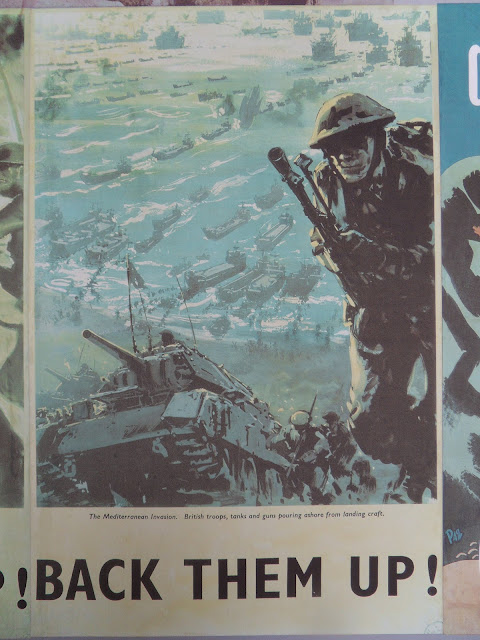 Went for a little tour to Prague this week. By pure chance I found out about the army museum being just a few blocks away from my hotel. This great museum is a must if you ever find yourself being in Prague and is mostly on the world wars. A wall had a some posters printed to boost the British morale during the WW 2 period. The above is showing an invasion in the Mediterranean theatre of operations. But is it the landing in North Africa in 1942 or is it the invasion in South of France1944? Can't tell for sure... 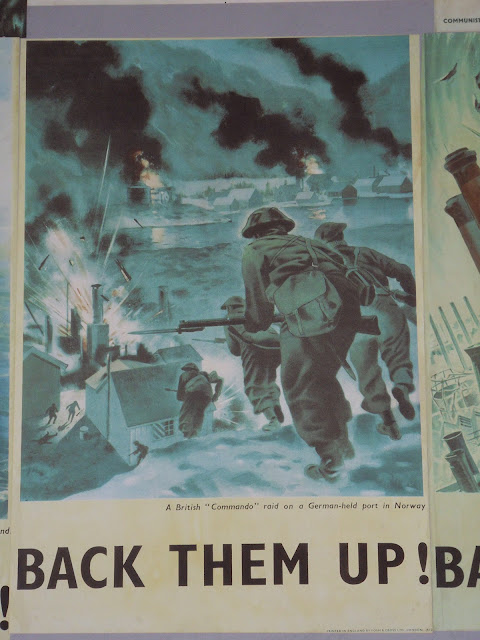 This one is showing a scene from the Lofoten commando raid in 1941. British troops blew up a considerable amount of oil, trashed the harbour, grabbed a number of prisoners and brought back a bunch of willing and able Norwegians for combat training on British soil. 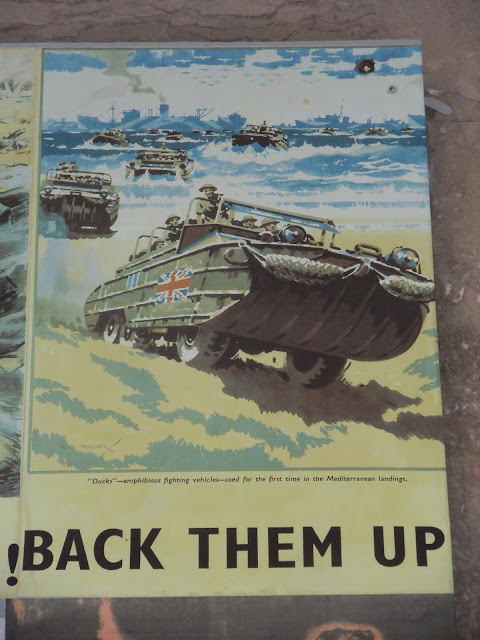 This one is also showing a scene from the Mediterranean battlegrounds. But from where is is supposed to be? The invasion of Sicily was the first usage of DUKW amphibious trucks.


Why have a a car and a boat, why not combine them? Well, we ampheads already knew the versatileness of an amphibian vehicle but Gibbs has taken the concept a bit further. Better looking than the Mini previously mentioned the Gibbs Aquada is a real looker. Read more here and while you are pondering what to do with such a car if you had one yourself you can read about Richard Branson's record setting ride across the English channel and its aftermath.
Posted by Stellan at 08:00 No comments: